What is unit comparison

The comparison of units is in tabular form.
In these tables you will find different comparison (cost, speed, loot…) -> compared for 1 population.

Access to the presentation of units is done simply by clicking on the small icon located below the button "Reach the current city". This is the button with a picture of a small green helmet. 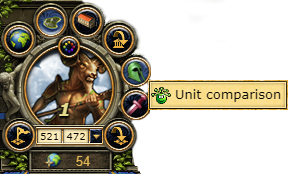 How to read the unit comparison tables 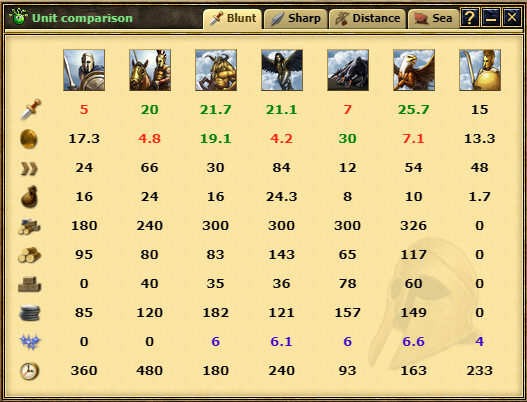 To read it it's simple it's a classic table with two entries.

In the process of creation ...